Wow, last month was something. You can thank the Grand Earth trine of Uranus-Saturn-Pluto in August for setting that ballsy, goal-oriented energy that should have you happily back in your groove for Virgo/Libra season (Oh, hi there, birthday kids. We’ll get to you in a minute).

This is a time to really hit the reset button, push forward with some positive changes, and set your intentions.

Well, you know what they say: “In like a lion, out like a super productive, OCD Virgo” (at least that’s what the astrologers say).

This is a time to really hit the reset button, push forward with some positive changes, and set your intentions, just like the first day of school all over again.

Stay the course and you should find yourself hitting Libra-level balance by the end of the month—achievement unlocked! 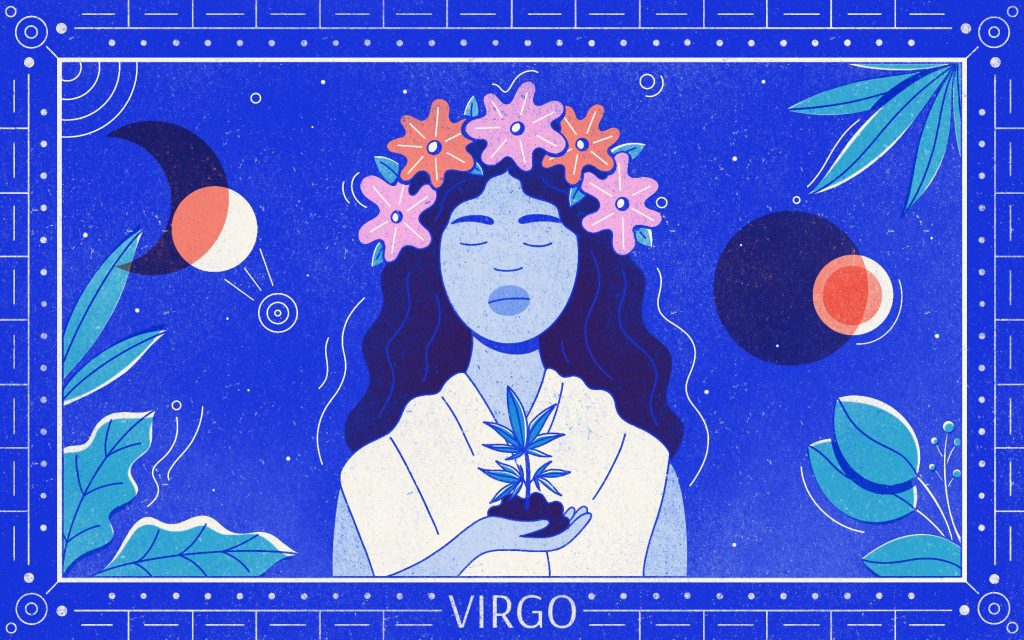 Happy birthday, tenacious Virgo worker bees! Ah, another year around the sun… As a fitting birthday gift (and what could only be described as a classic Virgo move), you should find yourself delightfully ahead of the curve at the beginning of the month, reaping the payoff from all the labor you put in last month.

Your work ethic truly inspires jealousy. The Mercury-Uranus trine on September 1 brings about a wave of new possibilities—some of which might have some out-there ideas. Find yourself a smoking buddy and buckle in!

Stick with that efficient, get-it-done attitude to hit your full stride around the 9th during the Mercury-Pluto trine, giving you the momentum to focus on those more ambitious, long-term goals you’ve been after.

Keep an eye on your health and watch your mouth toward the end of the month during the Mercury-Pluto square on the 26th. Intense, dark and complex conversations are likely to arise around this time, and you know that your critical, nitpicky attitude can sometimes be a major buzzkill when you don’t keep that shit in check.

You love a good tried-and-true strain, so celebrate your bad birthday self with some Jack the Ripper this month. It will keep you energized, upbeat, and focused, i.e., your happy place. 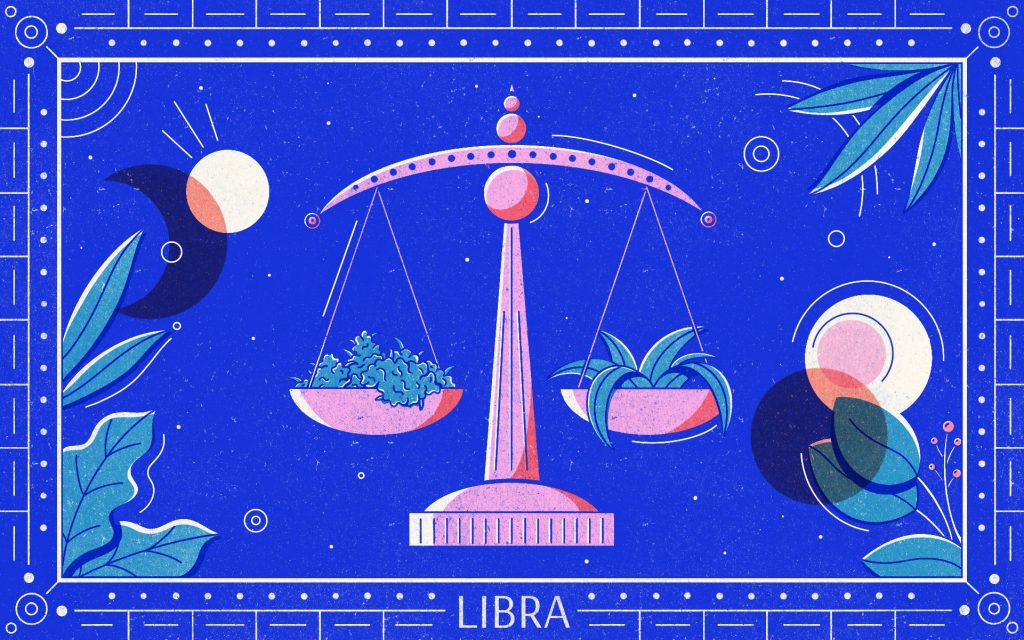 Harmonious Libra babes! You’re all about balance, but might get thrown off at the beginning of the month during the Venus-Neptune opposition on September 4th, if you find yourself getting mixed into the wrong crowd. That good-natured spirit is contagious—watch out for people who might not have your back.

Channel that sweet Pisces full moon on the 13th to harness your creative and romantic side. It will set up a dreamy vibe for when the sun enters your sign on the 23rd—your time is soon, kiddo! Everything will feel fair and balanced (your favorite), just in time for the new moon to enter your sign on the 28th, when you’ll want to surround yourself with all sorts of pretty people and things.

Feel free to do a little shopping (also, your favorite), spruce up your house, or spend a few hours going down a YouTube make-up tutorial rabbit hole—might as well look as good as you feel for your birthday season!

Lean into those romantic Pisces moon vibes with a euphoric strain like Cookies and Cream, which will keep you soaring through the clouds as you stroll into peak Libra season. Also, listen to a couple of disco albums while you do it. 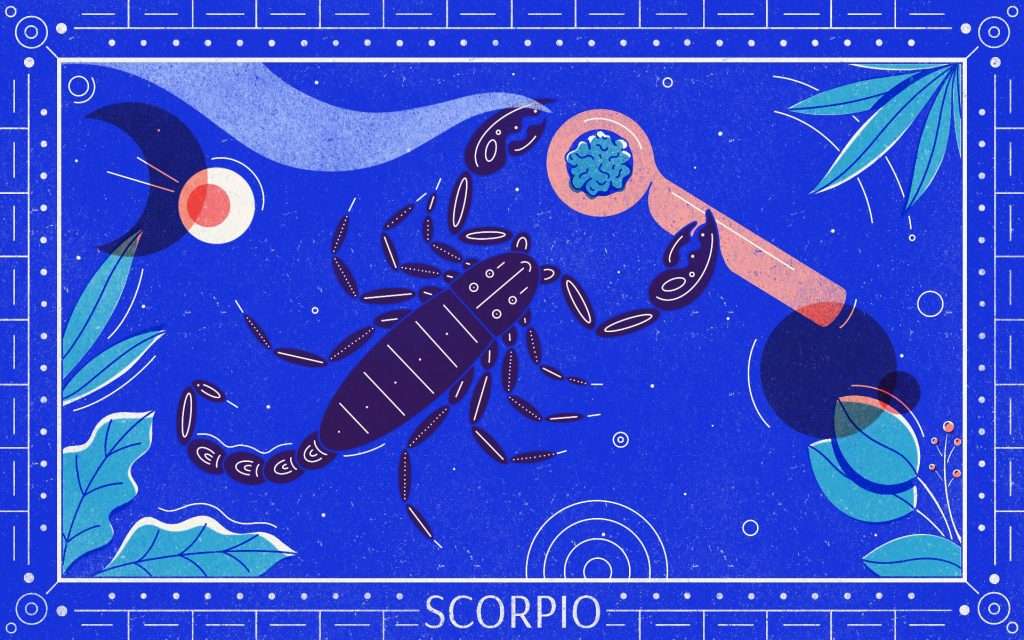 Have things been feeling out of whack lately, Scorpio? September 2 is a good day to get things back on the right track when your home planet Mars conjoins super productive Virgo. Sex and love are in the air around the 6th during the Venus-Pluto trine. If you’re seeing someone, expect them to lean in a little closer, or if you’re single, expect a chance encounter—after all, giving off brooding sexxxy vibes is kind of your M.O.

While you’re feeling yourself, keep the momentum going until September 13 during the sun-Pluto trine, when you can show off your talents to get truly noticed. You might even get noticed too, so long as you don’t get too wishy-washy and miss the opportunity to take on a new project heading into the new Libra moon on the 28th.

You’ve got a lot going on this month that requires staying focused and attentive in your houses of love and career. The founder of the Girl Scouts of the USA was a Scorpio too, so GSC seems to be appropriately screaming your name this month: euphoric, creative, uplifted, and happy. Check, check, check, check. 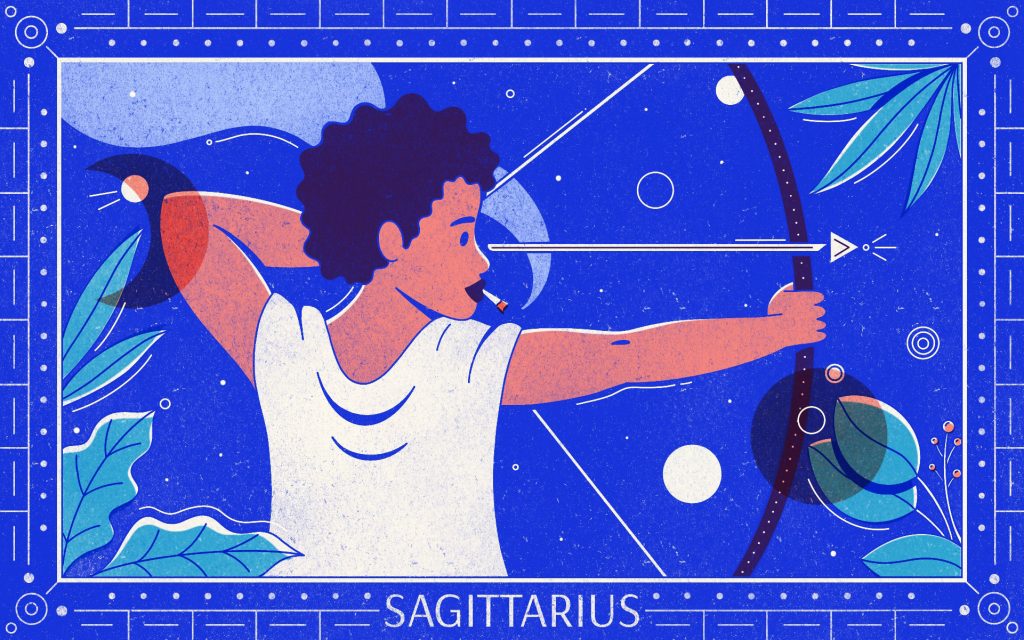 You fire signs really know how to light it up, for better or worse. The key this month is practicing moderation and patience, which will help avoid the urge to lean into your more negative mutable traits. All work and no play make Sag babes irritable and impatient! Throw some of that energy into loosening up your fortunate, creative, and fun-loving side around the 2nd during the Venus square Jupiter transit.

Try not to party too hard, though. You’ve still got plenty of work ahead, particularly a few days later on September 6 when you might start getting stressed out about your own past decisions. Deal with the consequences of your actions and own it—blaming others won’t help you repair your own mistakes.

The Jupiter-Neptune square on the 21st may signal a test of faith resulting from some embarrassment or disappointment. Seriously, do yourself a favor and just roll with it. People can barely remember what happened last week, let alone the embarrassing thing you’re kicking yourself over.

When you go into the dispensary, just tell your budtender the following statement: “I need something that will help me relax, but not knock me out or turn me into an anxious tweaker.” I’m guessing they’ll recommend something close to Pineapple Express—that’s what I would pick. 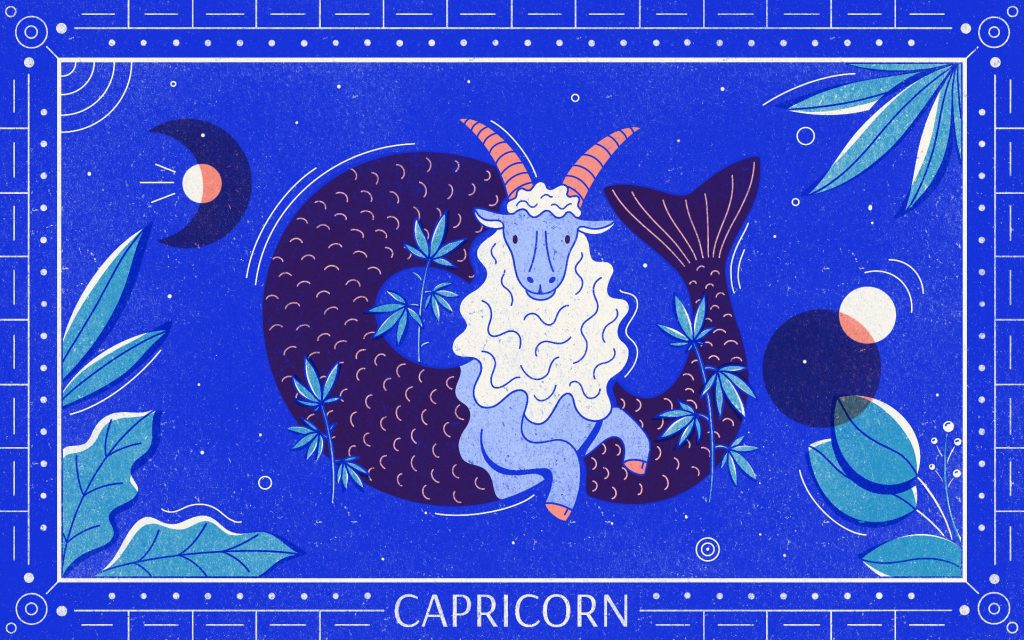 A fresh start sounds pretty good right now, doesn’t it, Cap kids? No better time to make a new start than the first of the month during the Mercury-Uranus trine, which is a transit that’s all about new opportunities.

Those long-term goals you’ve been working on so diligently will finally start to turn heads around the 6th during the sun-Saturn trine, when you’ll finally get some recognition for all that effort. A few days later on the 9th, the Mars-Saturn trine will give you that extra boost of ambition and perseverance to really get things done. Go you!

Schedule a little me time around the 22nd to really evaluate the details of your grand plans during the Mercury-Saturn square transit. It’s better not to share your ideas quite yet as chatty Mercury tends to get lost in communication around this time, which will muddle how wise, smart, and ambitious you are.

This is a good month for getting deep into yourself with some introspection and hard work. Stay focused with an uplifting, creative, and chatty strain like Nurse Jackie. 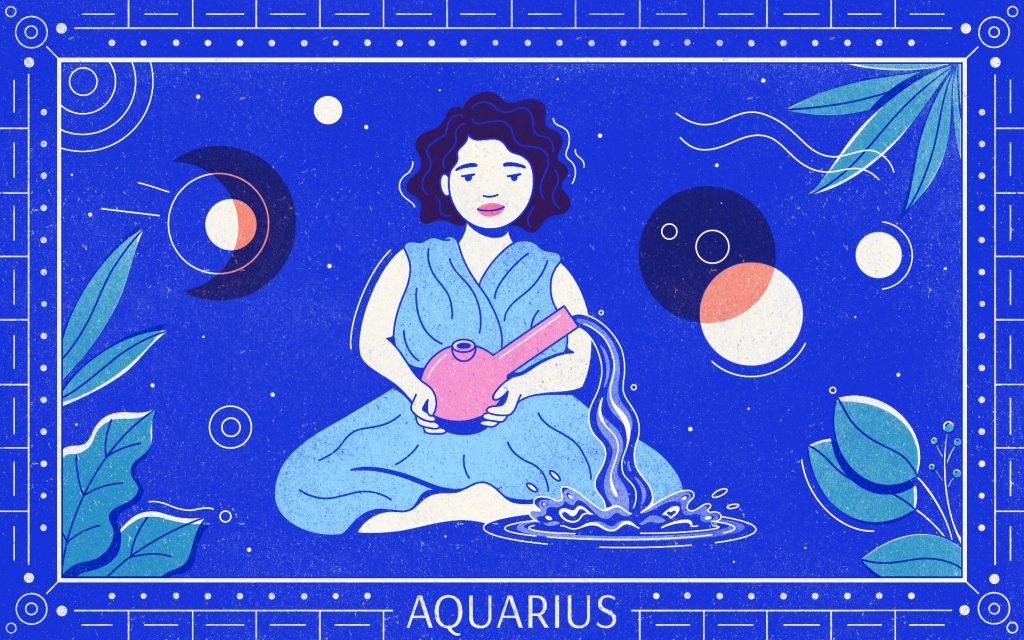 It’s a pretty chill month for you, Aquarius! Take that knowledge in stride, and expect lots of touchy-feely vibes at the beginning of the month during the Venus-Saturn trine, signaling bonding and stability. Catch up with an old friend or deepen your relationship with your lover—it’s a good time for this now.

Your mind will be alert and prime for absorbing information a few days later on the 5th during the Mercury-Saturn trine, putting you in a good position to work out any intellectual challenges in front of you (because you’re always a smart cookie).

If you’ve been feeling out of whack the past few months, you should find some balance around September 23 when the sun enters harmony-loving Libra. Take a minute to reexamine your relationships and long-term goals, and how you want to tackle them in the coming months.